Can the word hashtag be written as all one word?

Lets clear that argument up. Hashtag is now written as one word, even if my WordPress spell checker keeps bringing me up on this. It is a commonly used social media term and is now used in the Oxford Dictionary:

Definition of hashtag in English:
noun

word or phrase preceded by a hash sign (#), used on social media sites such as Twitter to identify messages on a specific topic:
‘spammers often broadcast tweets with popular hashtags even if the tweet has nothing to do with them‘
‘the hashtag #riotcleanup is being used by community members to coordinate some post-riot street-cleaning‘

New, modern words often make it into the dictionary. You will even find ‘retweet’ in there.

So, what is a hashtag?

Hashtagging is used over social media platforms to define which topic the Tweet or post is about. Therefore it can also be used to track topics.

On most platforms if you click a hashtag you will be presented with search results on that hashtag.

Posts and Tweets on most platforms can be searched. By that I mean any word within the Tweet or the post, not just the hashtag. This makes it easy for people interested in one subject to find what they are looking for.

You might include search words within your post/Tweet because it might not make sense. But if you want to be found for a search term, you want to start a chat, a movement or there is a particular hashtag you want to be discovered under then you can use a hashtag.

This makes it easy for marketers to directly target groups, and for users to join a conversation. More on this in my post ‘How to search on Twitter‘.

How should I use a hashtag?

All hashtags start with a #. It can be called the number sign.  In North America it is often called the pound sign: not to be confused with the £ (pound sterling). Out side of North America we generally call it the hash or hash key.

Do not use spaces. If your hashtag contains multiple words, group them. To differentiate between words use capital letters ie (#RovingWebGirl). Uppercase letters will not alter your search results, so searching for #RovingWebGirl, or #ROVINGWEBGIRL will produce the same results as #rovingwebgirl.

Numbers are supported, so you can use something like #TyneTeaAt12.

Do not use punctuation marks: commas, full stops, exclamation marks, question marks and apostrophes cannot be used. Don’t use special characters like asterisks or ampersands (&).

Don’t use the @symbol. This refers to peoples accounts (ie. @kaydeeweb). It is called a mention and will directly tag someone in your Tweet.

There is not really an official list of hashtags, although there are websites on which you can see top hashtags: twubs.com, hashtags.org, hashtagify.me to name a few. On Twitter you can see most used hashtags or top hashtags and generally figure out which you should be using, but that is another post…

How should I create a hashtag?

It’s easy! To create a brand new hashtag just use the hash symbol before a series of words. If it hasn’t been used before you’ve invented your own. Be careful though, because if it has been used before then you could be advertising to completely the wrong audience. I always search the hashtag on Twitter and on Google before I come up with it.

I will use a new hashtag if I want to market something, motivate people, start a movement or have a new chat that I would like to start. If I create a hashtag for the topic then people know they can simply type in that hashtag and they will be able to join the conversation.

How to register a hashtag

It is not completely necessary to register a hashtag, but if you are precious about it then registering will mean that people searching the hashtag online will be able to see where it originated. You can associate your Twitter account with it.

Registering it does not stop other people or companies using it. In fact, in some ways it can be a good thing if they do start using it. You can encourage them to use it, in a way advertising yourself or your movement.

You can register hashtags on websites like twubs.com so that people can search and find you, as a user.

How to search a hashtag

On almost all social media platforms, just go to the search box (usually at the top) and key in your hashtag (#RovingWebGirl). The platform will give you results of posts or Tweets for that hashtag.

You can join the conversation by replying, retweeting, liking or simply creating your own post/Tweet and using the hashtag.

I am a website designer who is passionate about the internet.

I've been building websites from scratch since 1999 and working with WordPress for 10 years so I truly know the mechanics of websites and search engines.

It became apparent that there are a huge amount of websites being created and updated in ways that are damaging to their search engine PageRank. I've seen extremely frustrated business owners struggling with search engine tactics.

Neither building a website or search engine optimisation are particularly difficult. There are just a lot of pieces to the puzzle. I teach you to put them all them together. 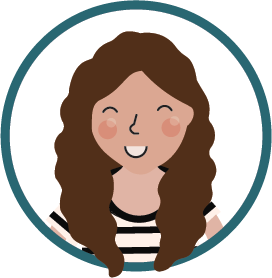 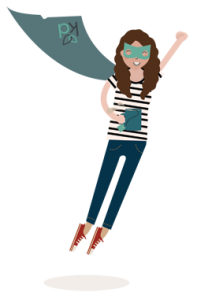